The Luxaholic welcomes @emxreblog as she gives us a very detailed review of the Gucci Mini Marmont!

Note: All images and content sourced from emxre’s blog with permission from the author. 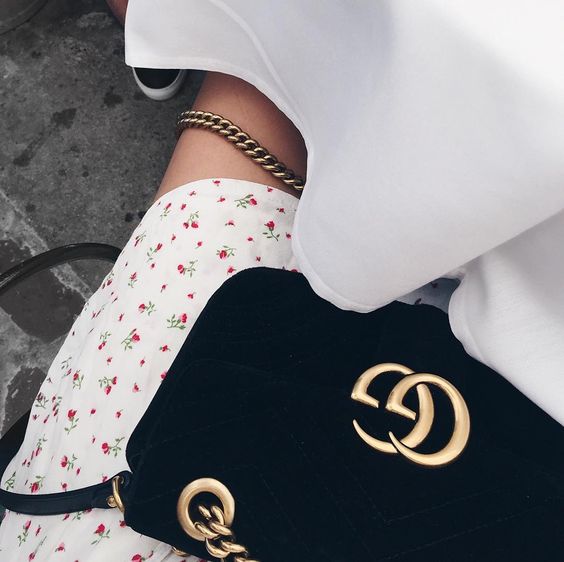 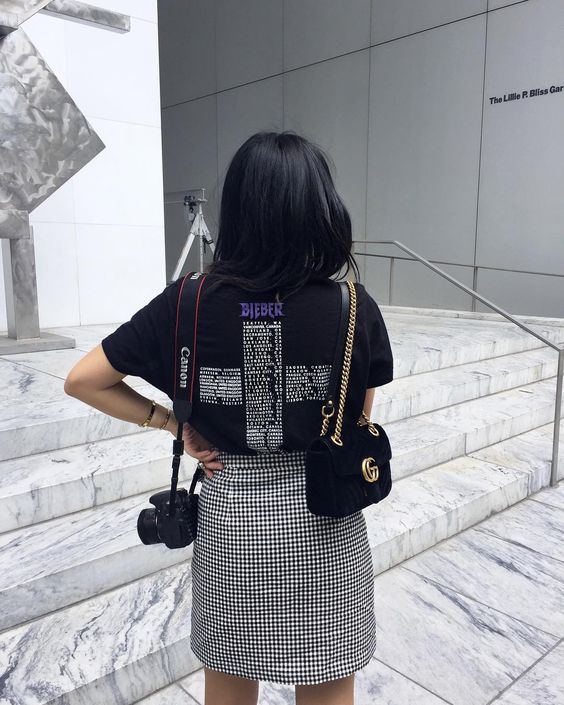 If you don’t follow me on instagram, which you should (it’s @emxreblog- shameless plug), then you would know that my Gucci Marmont has not left my hip!

I got this bag on my 21st birthday, which was in May. I purchased it in the Gucci store in Collins street, Melbourne and was on a waitlist for around 2 weeks (I became friends with the girl who worked in the store and she was kind enough to bump me up the list a bit when she knew it was a birthday present, otherwise the wait would’ve been at least a couple of months- bless!)

Basically, i’ve had this bag for over 6 months and it has become my ‘everyday, go-to’ bag, which I was worried about since i wanted the velvet, not leather one, which tends to need more monitoring, as I thought. 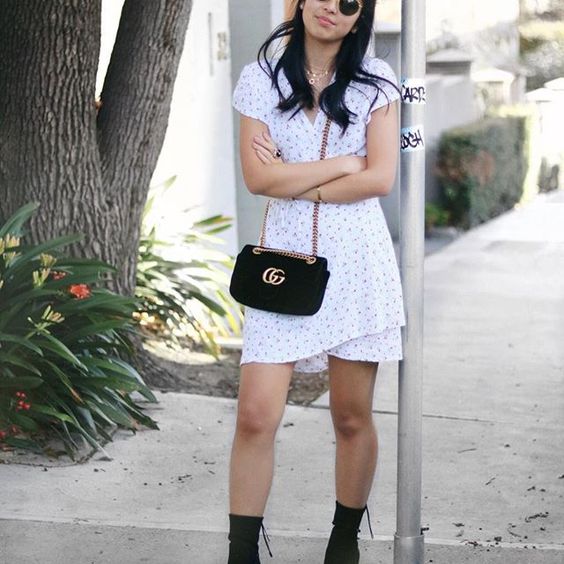 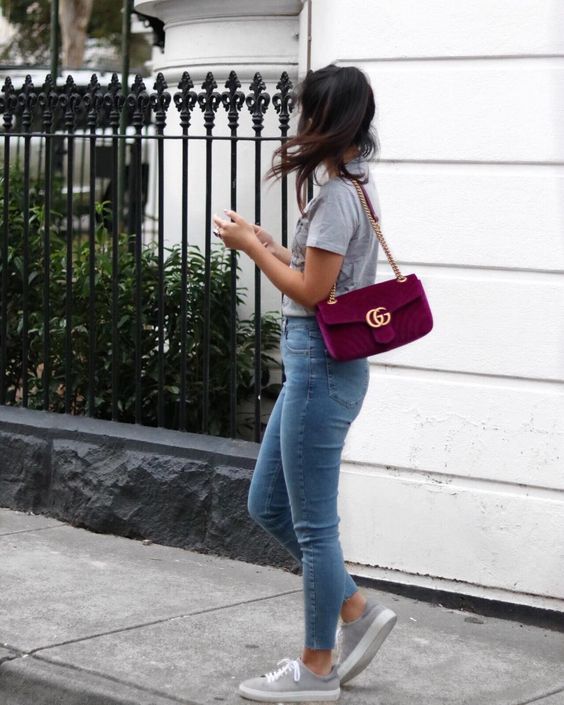 Just to compare the sizes, the black one is a mini and the fuschia one (which is my mums) is in a size small, which i find a bit too big for me.

LET’S START WITH THE PRO’S:

1. Size
It is the PERFECT size for me! I purchased the ‘mini’ size, which currently retails at AU $1845, I bought mine for $1645 in May, so the price is definitely increasing as time goes on. The mini fits a lot more than you think, see photo attached below.

2. Lightweight
The chain and bag itself is very lightweight and easy to carry around with you all day. I also really like the clasp on the bag as it’s very secure, yet easy to get things in and out of quickly (such as train tickets, phone etc.)

3. Outfits
This was the only bag I took with my overseas to America and it matched every single one of my outfits, it’s super easy to dress up & down and makes any outfit look really put together!

4. Material
I’ve talked a lot about the velvet exterior, but I thought i’d also mention the interior lining of the bag. I’m not sure if other bags are the same, but my interior is a bright fuchsia silk/satin material, which makes it really easy to find things if it were a black interior. By also having the Gucci Disco bag (which i hate the interior of- it’s a very cheap like straw material, which i’m not a fan of) 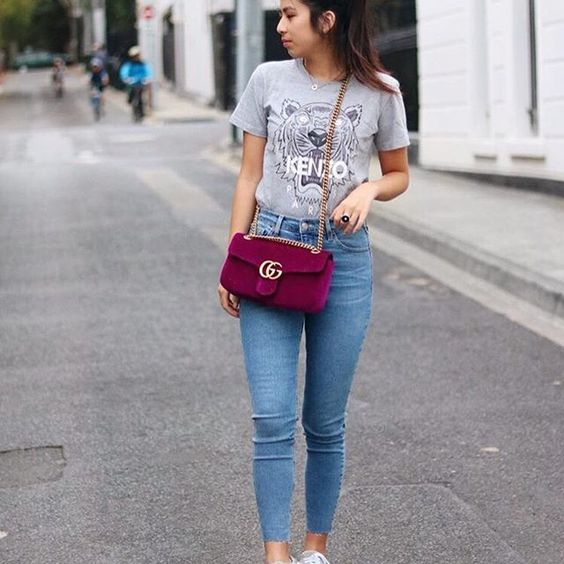 1. Markings/ Dints
When I took my bag overseas, I made sure to bring the dust bag along and ‘stuffed’ it with a t-shirt if I was going to put it into my carry on suitcase. However, in one of the trips from New York to San Fran, the gold chain must’ve been resting along side the front of the bag and it left a chain mark, which is kinda annoying, however since it’s hidden under the chain, I dont’t really lose sleep over it. I’ve been told to use a special brush to get rid of any markings, but that hasn’t helped as it was in my suitcase for a couple of hours, which really dinted it. (See pics below).

2. Small gaps
On each side of the bag, there are 2 small gaps which things like lipsticks, pens and other small things tend to fall out of sometimes. It rarely happens to me, however I thought I would let you know!

3. Losing it’s shape
Since i’ve had the bag for quite a while, I feel like it is definitely slowly losing its shape. Since it’s velvet, the material is a lot softer and less studier than the leather version, but it could also be the way i’ve been storing it, which is usually hanging up on my rack (my bad). 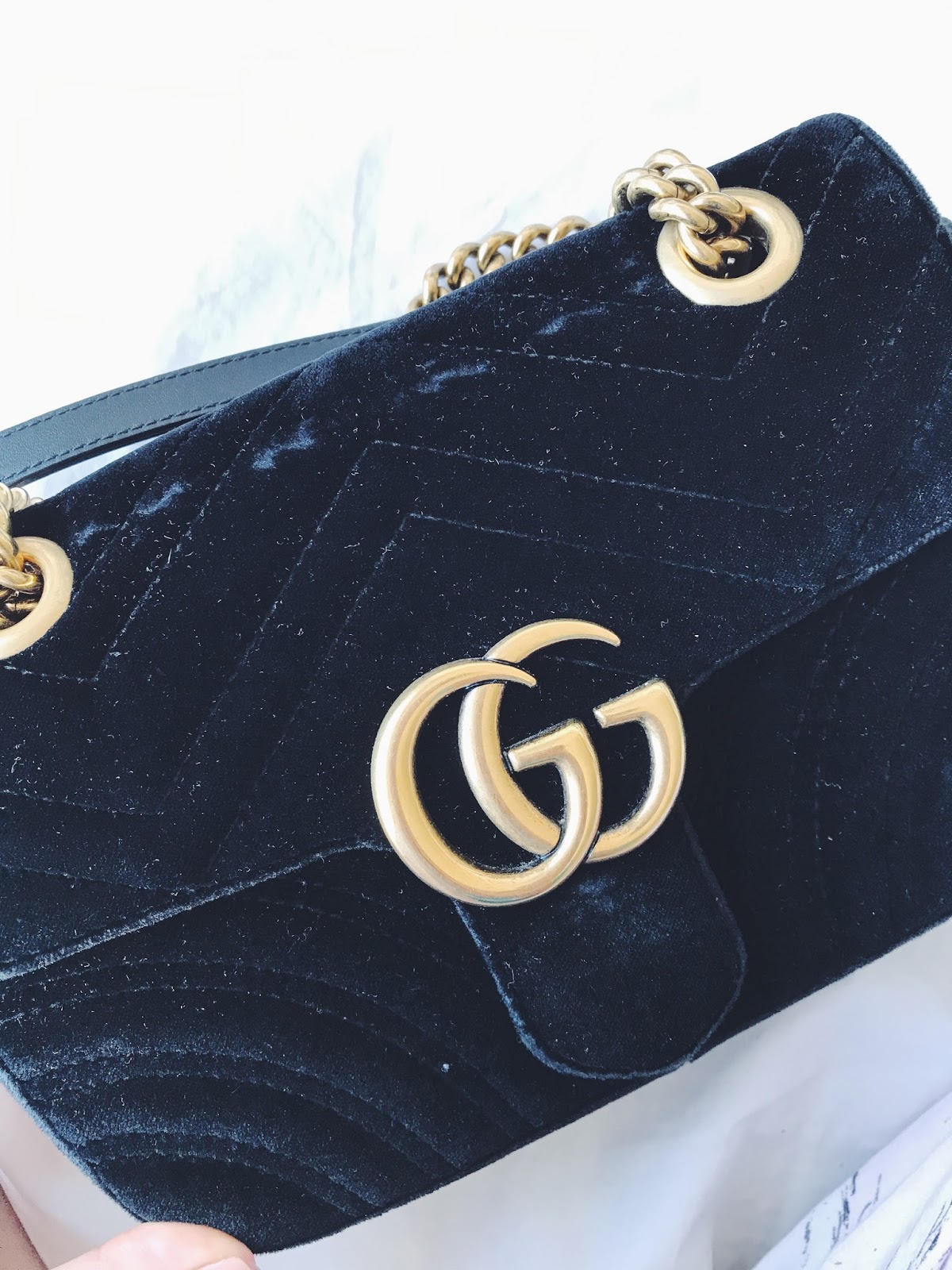 Here’s an image of what the markings look like, i’ve turned up the exposure on the image so you can have a clear look, except it doesn’t look this bag in person as it fades in with the black. Below’s image shows what it looks like with the chain over it, so it’s barely noticeable, as it’s covered. 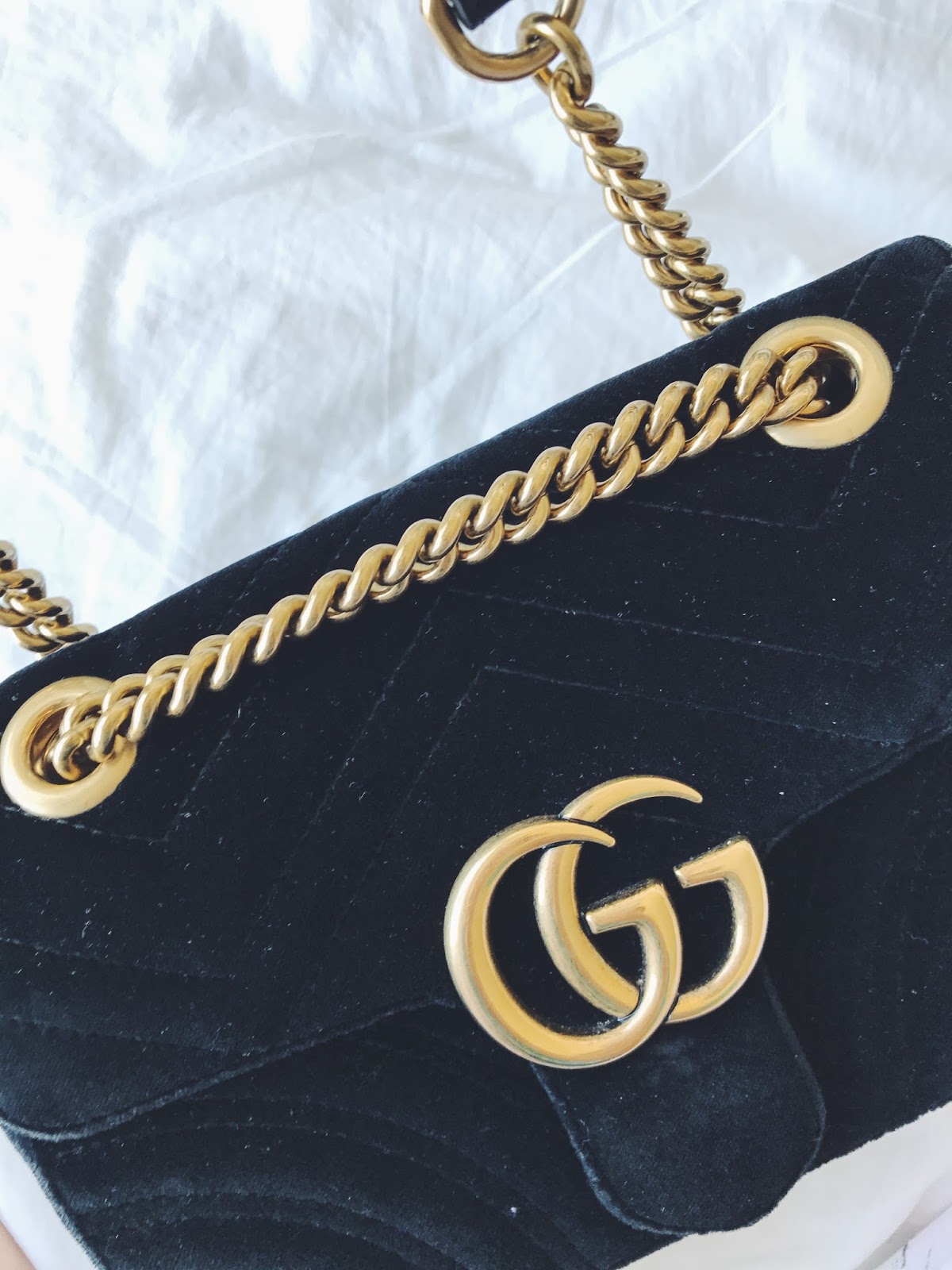 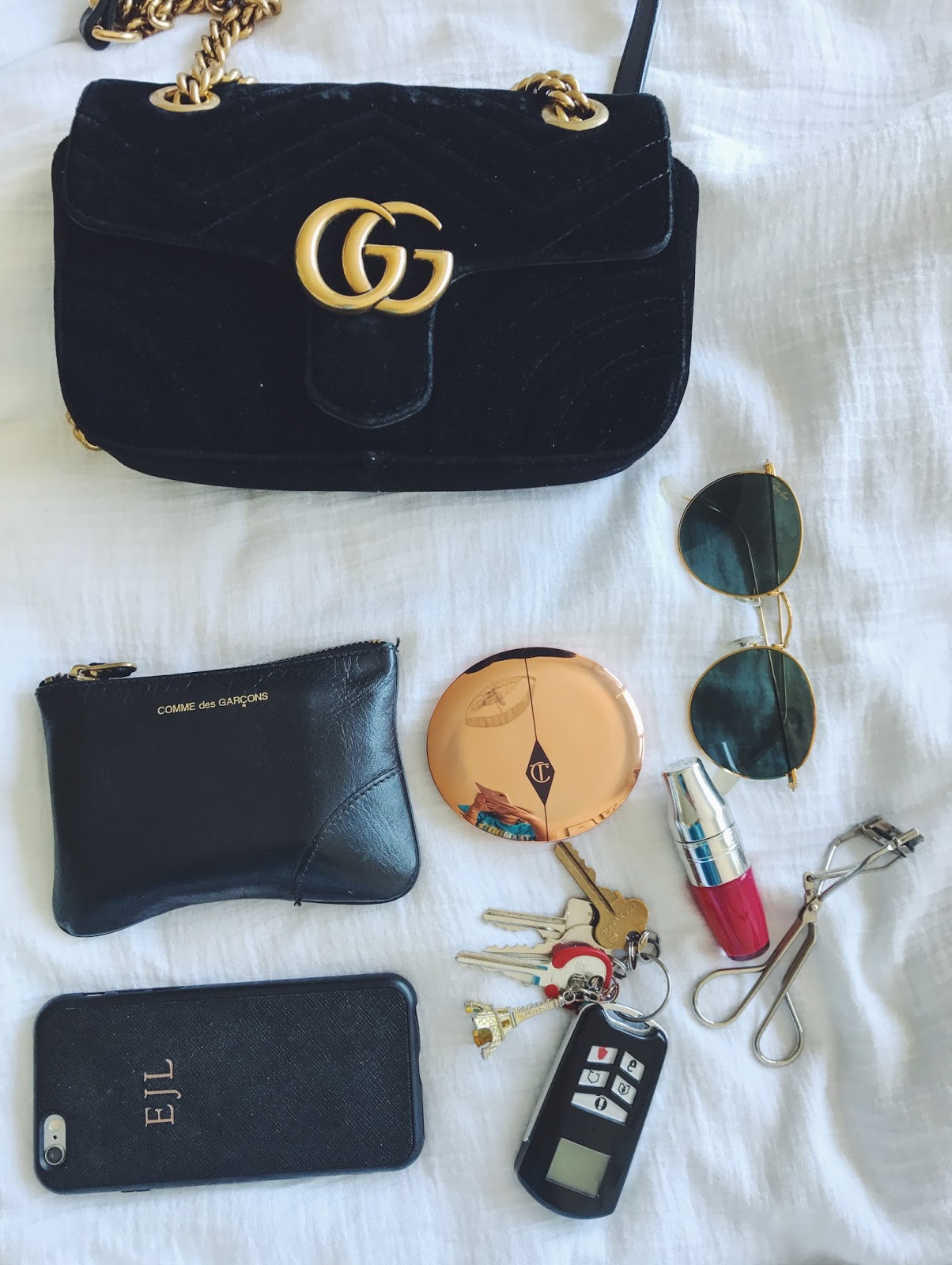 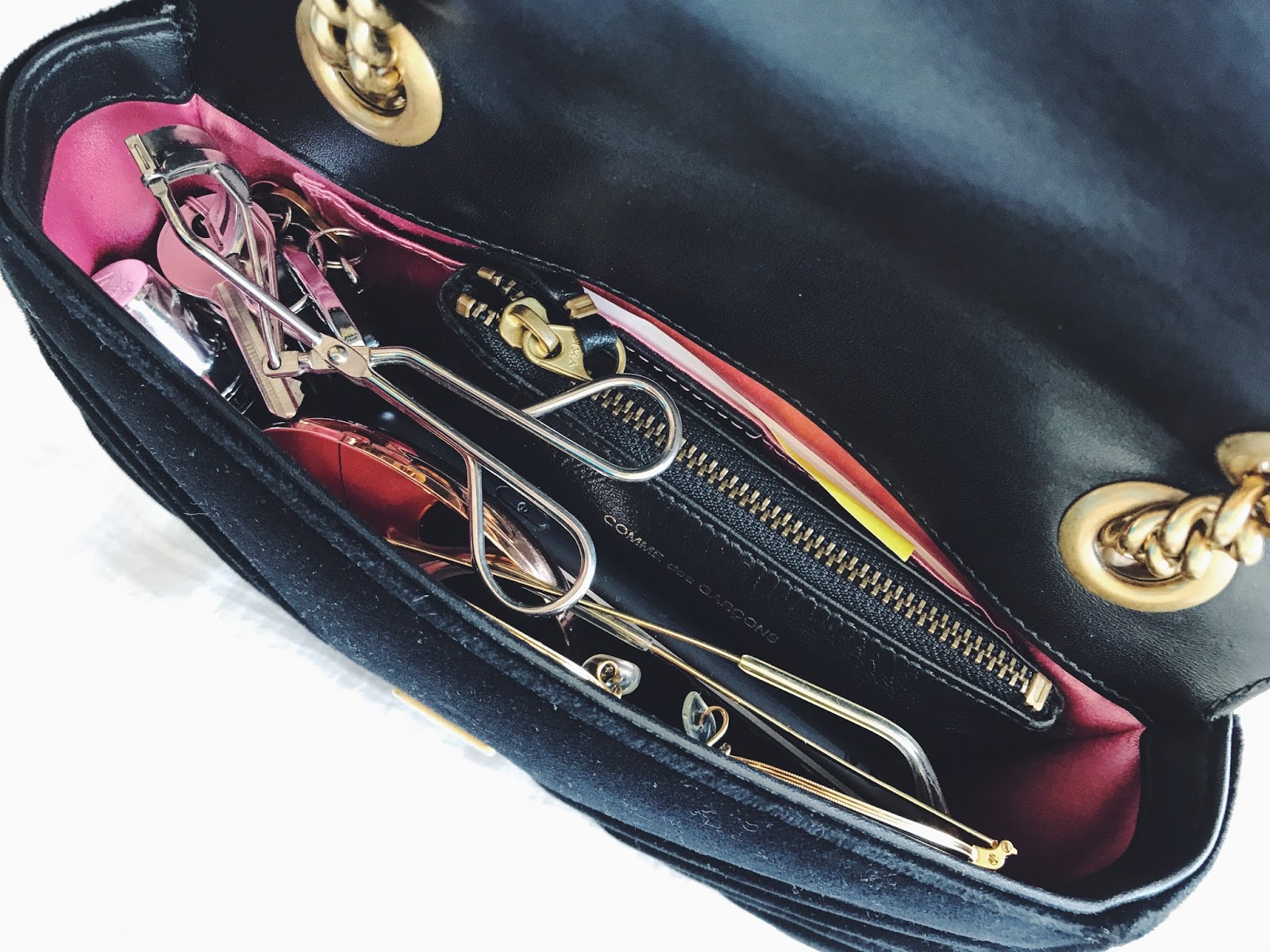 The above images show how much can fit into this seemingly mini bag. Obviously, I usually don’t carry THAT much around everyday, however for example purposes I decided to add a bit more in it than I would usually carry around. Everything in the image fits comfortably into the bag and nothing squeezes out/ misshapes the bag in any way. 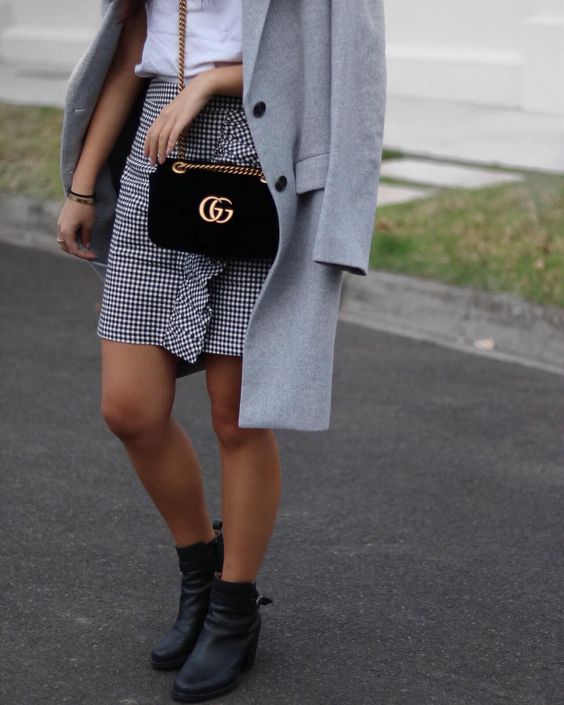 I also get heaps of questions on instagram on why I chose the velvet, over the leather version and I still don’t really have an answer, apart from the fact I just thought it looked nicer haha. I also have so many black leather bags, so I thought the velvet one looked a bit more ‘special’ and I guess ‘classier’, as it also works really well when pairing it with cocktail dresses/ formal attire. I also just love the gold and velvet black together, they complement each other very nicely!

Overall, I think it’s definitely worth the money…so much so, that i’ve just ordered the exact same one in red! If you’re wanting to buy one, definitely go for it, i’ve used mine so many times (honestly the cost per wear is defs in my favour)

Hope this helped in your decision making process!! If you have any other questions, feel free to send me a DM on insta! @emxreblog

Love the Gucci Marmont? Add it to your wishlist!