Unless you’ve been living under a rock you would know that Mel of Purseonfleek had posted a YouTube video back in April 2021 that claimed that Hermès made her cry and ‘treated her like crap’.

The short version of this story is that Hermès’s Human Resources (HR) had called Mel to say that she had posed a health and occupational safety risk to their staff member and for her to ‘modify her behaviour’.

Mel then went on YouTube with an almost hour-long video to brandish the brand as insensitive and disrespectful, and that she would never shop at the Hermès boutique in Sydney again.

Within hours the video went viral, threads popped up in Facebook groups and the PurseBlog forums furiously debating whether Mel was right to feel betrayed and hurt, or just not right of mind.

People around the world were dissecting Mel’s life to the minutia of detail, the good, the bad and the ugly.  Influencers took to making their thoughts known via Instagram stories and posted YouTube video responses.

Who is Mel of Purseonfleek?

Mel is a Luxury YouTuber and an influencer on Instagram, as of now she has close to 17k followers.  She describes herself as a ‘hard working mum of 2’, and we don’t doubt that with her ability to hustle on social media.  We approached Mel for an interview, but she politely declined as she was ‘too busy’.

Mel had the courage to visit the Sydney Boutique where she met a lovely French SA, they got on well and clicked on a personal level.  She felt ‘appreciated by the brand’ however, she got passed onto another SA, who was too busy and didn’t really write emails which is Mel’s preferred way to communicate.  Mel then got another SA who was a dream to work with.

She got her first Birkin offer in the coveted Rose Azalea which she used for about 6 months. However suffering from post-natal depression she didn’t feel comfortable with the bag, feeling ‘too fat’ for the bag, she eventually let the bag go and regretted her decision selling it.

Mel’s second bag offer was the Birkin 30 etoupe colour with her third SA, however the SA advised that she would be leaving and that her 4th SA would be the one to give her the bag.

Mel is now up to 4th SA who was with her for a few months, then abruptly left.

This is where things start to get interesting, Mel’s 5th SA appears in the picture. They got off to a good start as they apparently had lots of things in common.

Mel admitted to not living close to the boutique and prefers to do remote ordering, or sending email communications prior to visiting the boutique.  This is presumably where the barrage of emails began with her 5th SA.

Mel was offered a Mini Roulis, and checked with her SA that the bag doesn’t count as a quota bag.

The SA advises the waitlist for Birkin / Kelly is actually closed for now but will update her when it opens.

The Hermès store opens up after lock down, the pandemic is now in full swing.  This is now a year and a half into 5th SA and Mel has ‘stopped asking for bags’.

Mel requested items for her birthday (August) and a reminder of her Birkin / Kelly wish.

Mel had an in person conversation with her SA, stating that she knows someone who got the highly coveted rose sakura Kelly 25 bag.  This client was coincidentally her SA’s client, something that the SA should not have disclosed.  Rose Sakura was a colour that was on Mel’s dream list to own, and she had made this clear previously in emails etc.

Mel undergoes skin cancer surgery and advised her SA that she would be coming in store with a friend as a feel-good visit after her surgery.

Mel went into the store and asked if there were any dream bags that had come in.  She mentioned to her SA that another client, got a Birkin 25 in a neutral colour (the same lady that had been offered the Rose Sakura Kelly).  Mel, frustrated at this point, declared that she had been on the ‘Waitlist’ and wanted to know why the other person was ahead of her in the Waitlist.  SA then stated there’s no such thing as a ‘Waitlist’, only a ‘Wishlist’.  She also said there is no linked selling, this is the concept of buying items in store will favour you towards a bag offer.  It’s now more than 25 months since Mel’s last bag offer.  Her wedding anniversary is coming up in April and is contemplating whether she should purchase a preloved bag instead.

SA’s advice to Mel is ‘Don’t compare your journey to other clients, it will send you mad.’

These were ominous words, as clearly, her SA was right.

Mel requested an appointment to purchase a ring for her wedding anniversary via an email.

She then proceeded to remind her SA about the Birkin / Kelly wish.

SA replied curtly to advise that she would be passed to another SA as she would not be available.  She also reminded Mel that ‘whilst I appreciate your love and passion for our products, I would also like to reiterate that no product sales are linked or guaranteed the availability of any desirable item’.

Mel is now appearing quite defensive in the video, and she points out that her request is about her wedding anniversary and NOT about the bag.  She then proceeds to email the SA to ask if she was on the waitlist and mentions she is getting ‘depressed’ and sharply states in the email that she will take a ‘rain check’ on her appointment.

Here in the video is where Mel’s hurt and anger clearly surfaces and she exclaims, ‘If you’re not going to offer them (SIC) Birkin / Kelly’s anymore, don’t take my money!’.  All up she claims to have spent $100,000 (4-5 years, not counting bags) and if bags were counted that would be $200,000 approximately.

HR have now called Mel and this is what transpired:

Understandably Mel at this point is extremely upset and frustrated, accusing the SA of the one breaching privacy by mentioning the person with the Rose Sakura bag was her client and that she had only been friendly and polite, not intimidating as Hermès has suggested.

She furiously states ‘I’m a paying customer, as a brand you have done wrong.  And it’s the brand that I love the most that treats me like this, it’s so hurtful!’ as though she was speaking to Hermès through the video itself, in a display of histrionics that could be seen as her trying to get the brands attention.

It’s a bit like when you’ve had a nasty break up, and the break up is one sided.  In this case, Hermès is breaking up with Mel after being in a relationship of a few years, where Mel was loyal and a touch obsessive, and Hermès cold and apathetic.

Mel later goes on to say that she actually ended up purchasing a preloved Hermès bag for her 5 year wedding anniversary while waiting for an offer to come through, but now due to her resentment towards the brand it has tainted the gift.

And yet after all this was said, she said she still hopes to get an offer from the house?!

Mel also learns that the Hermès Store manager has blocked her on IG.

The below is one example of an email that was sent to the Hermès SA, Mel cited numerous emails in the video.

There is a lot to unpack here, but what is clear is that Mel seemed extremely rattled and frustrated with the whole ordeal.  However the video did not resonate with some of followers, it was hard for some to feel empathy for her, some even comparing her first world problems with the devastating pandemic that was affecting millions of people.

We know that Mel has recently fought a skin cancer scare, has two young children to wrangle on the daily and has in the past talked about her mental health issues, specifically postnatal depression.  We don’t know what she was battling at the time she posted the video.   A lot of the comments that were in the threads were cruel and bordered on bullying and harassment, we doubt many of these women would make those kinds of remarks to her face.

In the YouTube video Mel read out her series of long-winded emails to her SA’s and it did feel overwhelming to the listener, not having context of their relationship and how it was in person.  She mentions personal life details, which seem arbitrary to the main purpose of the email, which was to elicit an offer of a bag.

While her emails to her SAs were polite, there was an undercurrent of ‘here’s my list of never-ending demands’, and it is not clear if she had the self-awareness to realise this.  There’s also no mention from Mel that her one of her side businesses is selling dupes on ebay as well as packaging from the brands, and while at The Luxaholic we support people’s choice to buy and sell what they want, we think that may have been a reason for Hermès to look at Mel’s intentions with scepticism.  Mel has also sold some very beautiful Hermès bags that were bought by her in the boutique and that would have been viewed unfavourably by the house.

The final straw was the email outlining her total spend with no offer of a bag since her last offer, meanwhile another client had received a rare bag without seemingly large spend.

This is a huge ‘NO NO’ in Hermès circles as it comes across as ‘entitled’ and pushy.

There is no doubt that Mel is (was) a true Hermès aficionado, and she was indeed loyal, however her over attachment to the goal of obtaining the bag(s) was to her detriment, mentally and financially.

To date, there have been 164,359 views on the YouTube video and for better or worse, it has elevated her profile and notoriety in the social media world.  Her follower count has increased sharply, and so this must have been good for her side business, if nothing else.

Let this (long) story serve as a cautionary tale to everyone here in the luxury community.

A bag is just a bag, even a Hermès bag and it is important to not let it define who you are (worthy, beautiful, or successful), because ultimately it really isn’t that important.  No amount of desperation or tantrum throwing will get you the bag that you want.

Since the drama that surrounded the YouTube video, Mel has come out to denounce the bullying and the classist attitudes of the women who have been attacking her.  We must agree with Mel, always choose to be kind, there is never a reason to attack someone online.

So, what are your thoughts on this topic?  We’d love to hear your comments below!  Have you experienced something similar?

After all this, and you are STILL game enough to want to purchase a Hermès bag, we recommend you read Ms Rach’s journey to her first Hermès bag.

Click below to watch our favourite response and reaction videos. 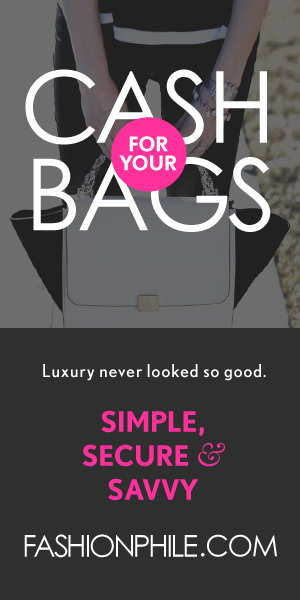